Back to all posts

Julie has a new Nashville Band

I'm excited to report that we've laid down 3 songs, and have more in the pipeline to record toward a full rock album that should be available come April or so. Will keep you posted. Meanwhile, read what Jack Silverman said about us in the Nashville Scene in July!

from the NASHVILLE SCENE JULY 2014

There are plenty of great singer-songwriters in East Nashville, but very few with a résumé that rivals Julie Christensen’s. Christensen, who moved to town from Los Angeles a year ago, was a member of renowned ’80s L.A. punk band The Divine Horsemen (with then-husband Chris Desjardins), followed by a lengthy stint in Leonard Cohen’s band. (She’s featured in Lian Lunson’s 2005 doc Leonard Cohen: I’m Your Man.) She’s worked with Iggy Pop, Public Image Ltd, Todd Rundgren, John Doe, Exene Cervenka, k.d. lang and more. Suffice to say, she’s got cred. Her 2012 album Weeds Like Us is an intoxicating blend of gritty roots rock and old-school soul. Highlights include the lead track “Restless,” a steamy dose of bubbling country funk; the moody ballad “Outside”; and the swampy, yearning “Call Me Up.” Christensen may be new to town, but she wasted no time finding a stellar backing band, including guitarists Sergio Webb and Chris Tench, bassist Bones Hillman and drummer Steve Latanation. Reckless Johnny Wales opens. 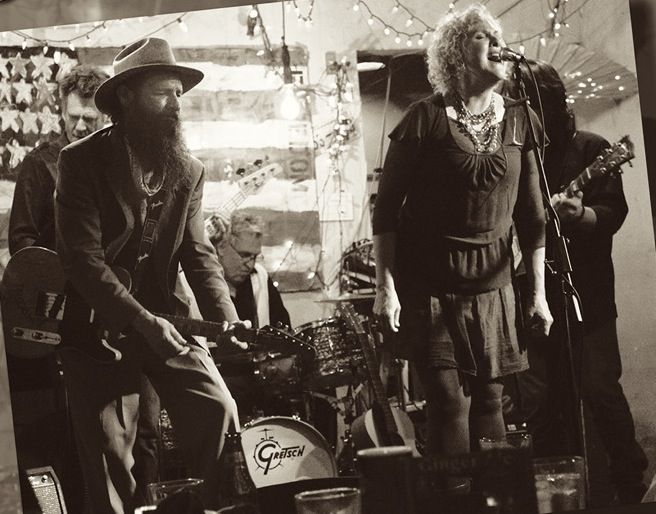