Los Angeles Post-Punk Pioneers Divine Horsemen had to postpone the planned fall touring in 2018 due to the untimely passing of our bassist, Robyn Jameson, in the summer of 2018. But the remaining members got together to make a NEW ALBUM to be released this summer

Meanwhile, Chris' band The Flesh Eaters released  their album "I Used To Be Pretty" on YepRoc January 19, 2019. Julie guested on 5 tracks and did 6 shows on the tour.

Visit HERE to keep up with us.

Chris D and The Divine Horsemen are an American punk/roots band founded in 1983 by Chris D.(Desjardins), formerly of L.A. punk rock band the Flesh Eaters. The band developed a distinctive (and at the time, very new) alt country– type sound. They took their name from a voodoo term; a worshiper who is possessed by loa during a ceremony is said to be being ridden by “the divine horsemen”.

Other band members include Julie Christensen (Chris’ then-wife who went on to sing with Leonard Cohen),Wayne James Steinert (RIP) and Cam King, who played on all of the “Devil’s River” album tracks and 3/4 of the “Middle of the Night” tracks and Peter Andrus, as well as the Flesh Eaters stalwart Robyn Jameson.(RIP)  as well as the Flesh Eaters stalwart Robyn Jameson. They were joined at times by members of L.A. punk bands like Kid Congo Powers of The Gun Club and the Cramps, Jeffrey Lee Pierce of The Gun Club.

They broke up in 1988, but Chris and Julie have reunited with longtime Divine Horsemen guitarist Peter Andrus (Crowbar Salvation,) Bobby Permanent on bass, and on the drum throne, Flesh Eater and X band-member D.J. Bonebrake. This is a great time to continue the vibe being created by the 2019 Flesh Eaters record and tour, in which Julie participated on some songs and shows... New fans hearing Divine Horseman for the first time, original fans remembering why The Divine Horsemen were their favorite band to see over and over “Some things burn slow and long, some things burn hot and flash. With Chris D and Julie Christensen, after such a long break, and such independent growth, this is both.” – Dan Navarro

Writer Chris Morris has been known to call them one of the greatest live bands to ever grace a stage.

And check out The Divine Horsemen’s video for Snakehandler , the title cut from their second SST album, directed by Kevin Kerslake, who later directed “Smells Like Teen Spirit” for Nirvana

photo at the Casbah of Chris D. and Julie Christensen taken by Jeff See. 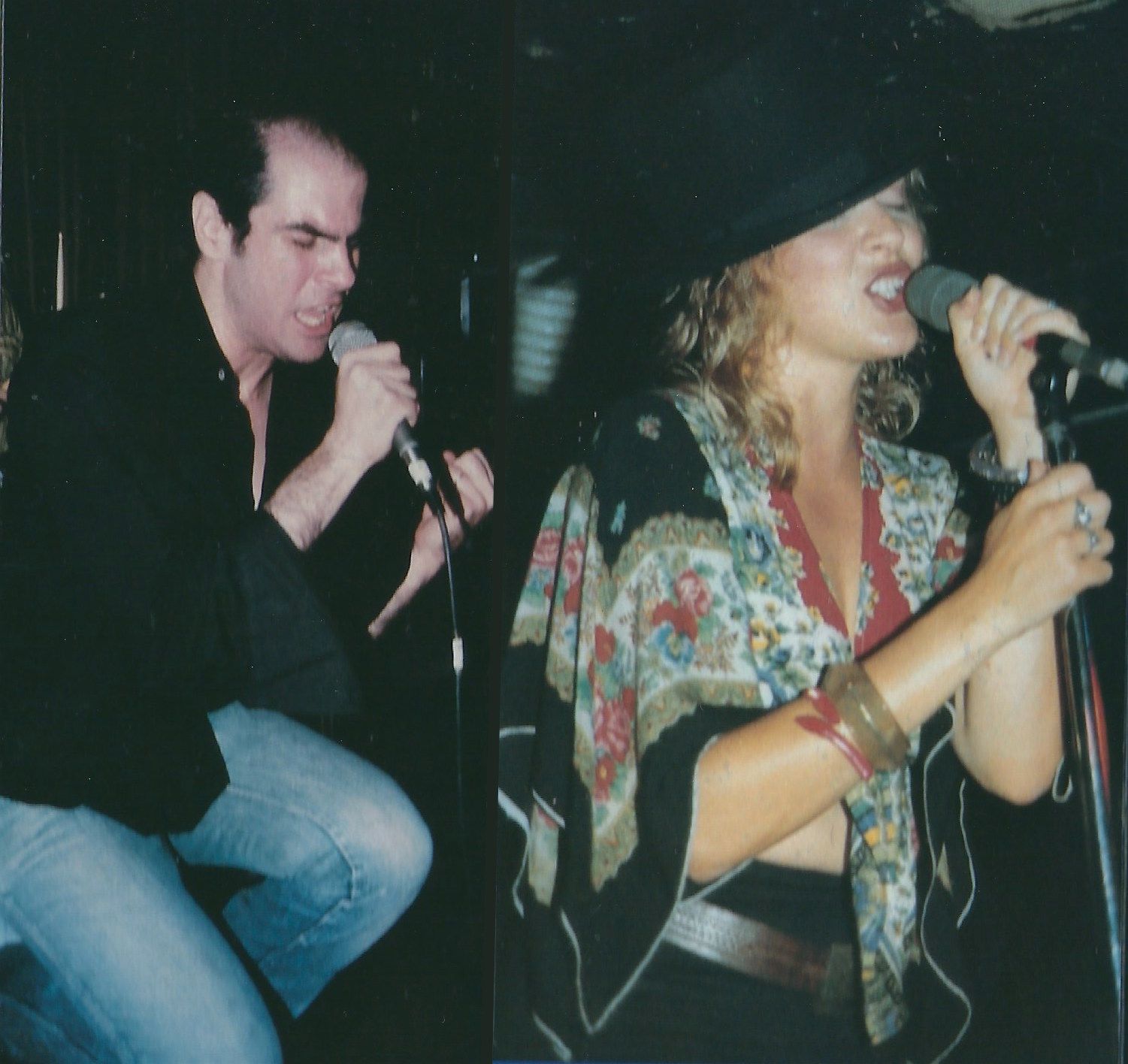